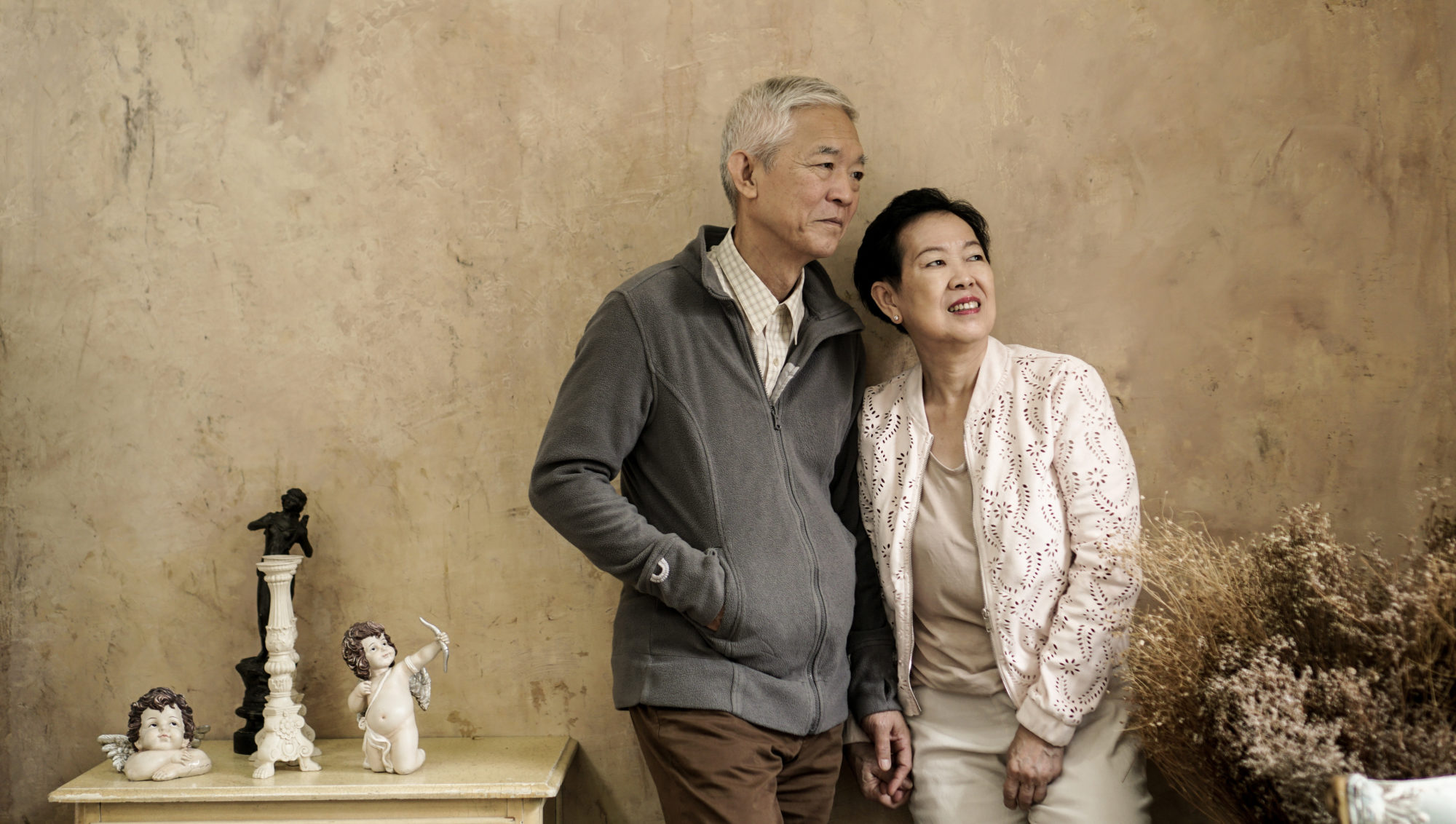 As people immigrate from China to the United States, many may wonder how the incoming cultural shock could affect their carriage of the traditions from their motherland. For some Chinese-American families, many traditions and customs stay apparent and hold the same value throughout generations. However, most families begin to lose sight of some traditions as generations go on. Kyle Auyeung was born in New York City, New York and is the youngest of three from a Chinese-American family. His mother was born in America as well with a Chinese background, and his father was born in Hong Kong. This family speaks Cantonese in the house once in a while along with English. During the interview I had with Auyeung, I asked, “How does your family celebrate the Lunar New Year?” Without hesitation, Auyeung answered, “We go visit both sides of the family. We start the day by eating a piece of candy in the morning. Then, we go to visit [family]. We spend two days—one day for each side of the family—wishing them ‘Happy new year, good fortune and prosperity’ in Cantonese. During our visits, we give out red envelopes, have a meal, stay and talk for a little, and it’s just a gathering really” (Ni & Auyeung, 2021). Auyeung’s quick, yet detailed response shows that the Lunar New Year is a holiday that is still important to the family even with more than one generation being born in America. His family celebrates the Lunar New Year by visiting and eating with family, wishing them a happy new year, and passing out red envelopes which are the standard traditions. Another question I asked during the interview was, “Does your family celebrate any of the Lunar calendar holidays? If so, what holidays and what do you do on them?” Auyeung had to think about this for a bit and answered, “We kind of celebrate Moon Day by getting together and eating mooncakes. We also participate in QingMing on our own time around when it’s supposed to be. We bring paper offerings to burn and food to eat. They are spread out in front of the ancestors’ graves and we eat while also giving the ancestors their own bowl. There are also incense we light, and we bring flowers” (Ni & Auyeung, 2021). According to Auyeung’s answer, this particular family still holds on to some of their Chinese traditions but some may have faded away as they do not celebrate as many holidays as a family in mainland China would. Although not all of the Chinese holidays and traditions are the center of their family life, they have happily adapted to some American ones while still keeping a few Chinese ones.

Being in a new country eventually forces you to change and adapt to what is around. However, that doesn’t mean it will coerce you away from your past and origin. Archive Alive presents an online exhibit titled Stories and Voices from L.A. Chinatown which presents various information about Chinatown in Los Angeles during the past and challenges the community has and continues to face. Under the Tradition section, it states, “Through festivals and celebrations, parades, food, and music, they invited all Angelenos to come and experience a distinctive Chinese culture. Discriminatory laws challenged many of their freedoms and denied them basic civil rights but could not suppress the celebration and preservation of their identity and beliefs” (Bryant et al.). It is amazing to be able to share your culture and to be able to express your background. Keeping it around reminds you of where you come from and can educate others as well so it’s important to never let go of it. Taking in a new culture is not a terrible choice either so I asked Auyeung, “Do you celebrate any holidays on the solar calendar? If so, do you feel like your family celebrates more American holidays than Chinese ones?” He responds with, “I feel we celebrate both cultures equally. Yes we do celebrate a lot of the American holidays because we are an American family because me, my siblings and my mother were born here. However, we are still very intact with the roots of our Chinese culture and never fail to celebrate our traditions” (Ni & Auyeung, 2021). While keeping their Chinese traditions, Auyeung’s family have also accepted new holidays to celebrate. Although they never combine the two, this family has learned to live with celebrating both cultures. It may have been easy for Auyeung’s family to accept America and its culture, but this doesn’t always get reciprocated.

America has placed labels and stereotypes on Asians which causes many difficulties for all Asians and Asian-Americans. For example, the model minority myth has been alive for decades now still with strong believers. According to the article “The Model Minority Myth,” it reads, “In particular, the model minority designation is often applied to Asian Americans, who, as a group, are often praised for apparent success across academic, economic, and cultural domains—successes typically offered in contrast to the perceived achievements of other racial groups” (2019). Many might believe that it is considered a compliment to be labeled with such positive remarks. However, this myth holds Asian-Americans to high standards, and pressures them to meet those standards while unintentionally suppressing other minority groups. It then creates stereotypes which branch off to racial jokes. In the interview, I asked Auyeung, “How do you feel about school, education, and work in the United States as a Chinese-American?” He answered, “Uh. I’m not really sure. I know growing up as a Chinese-American was a little harder, especially where I lived. In elementary school, I was really the only Chinese-American in the building. It was very typical to hear racist jokes. There was a point when I felt ashamed… or well regret being Chinese. But now, growing up, I am proud of being Chinese despite all the hate crimes and racial backlash that comes with it” (Ni & Auyeung, 2021). As a child, Auyeung had many negative experiences related to being a Chinese-American. Although he is now able to handle such racist remarks and events, it was difficult hearing them as a child since there isn’t much one can do at such a young age except to just take them in. He goes on to say, “There are a good number of Asian students, but not a lot of Chinese students around me. I feel like my education is good, and I’ve learned a lot” (Ni & Auyeung, 2021). His education may have been good, but there weren’t any other Chinese-Americans to help him face the problems inflicted upon him by the majority. Education may be important to most Chinese-American families, but most children are unaware of their culture and traditions such as the meaning behind their surnames.

In Chinese culture, each surname has a story and meaning behind it. The book Chinese American Names: Tradition and Transition by Emma Louie explains the timeline of Chinese-American names from the surname origin to how Chinese-Americans view their names now. Louie writes, “It is important to mention these terms because almost all surnames of Chinese origin in common use today came from the shi or the clan names that arose during the feudal period… Although the most common surnames of Chinese origin stemmed from the shi or clan names of the Zhou aristocracy, they originated from the same kind of sources that are cited for surnames of other countries”’ (Louie 18 & 22). Usually, the Chinese are able to distinguish much about a family, such as status and wealth, through their surname. Each surname was based on a characteristic for that specific clan. Curious to know, I asked Auyeung a series of questions: “Do you have a Chinese name? If so, what is it? Do you know the meaning of it?” Auyeung responded with, “Yes, I do. It is 歐陽嘉豪. Honestly, I don’t know what my last name means, [and] my parents just picked what sounded closest to “Kyle” in Cantonese” (Ni & Auyeung, 2021). Many Chinese-American families aren’t aware that their surnames originated from clans and hold stories behind them. They are also unaware that their names are usually carefully chosen with intentions behind them.

Josephine is a graduating senior of Blackstone Academy.  She is going to college in the fall.